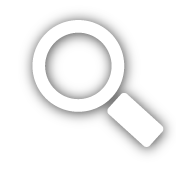 The Israel AIDS Task Force was founded to stop the spread of the AIDS epidemic in Israel, and to protect and promote the rights, interests, quality of life and life expectancy of people living with HIV 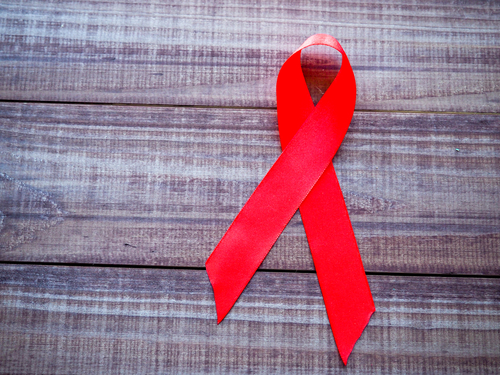 The Task Force’s board is in constant contact with the authorities and health services, as the representative organization of people living with HIV/AIDS in Israel, to protect and promote their rights.

Our support team works tirelessly to support people living with HIV and their loved ones. Our professional educational outreach team works to deepen the public’s knowledge about HIV/AIDS, including information on the ways the disease spreads, prevention, and publishing advanced medical information.

We are committed to working for the dignity and wellbeing of people living with HIV. We do this mainly through awareness-raising media and political work, psycho-social services, social support, and handling complaints.

Our educational outreach activity includes workshops, especially for teens; a website; online forums; awareness-raising publicity campaigns; and an information and support hotline. Our goal is to raise knowledge about HIV/AIDS, and responsible sexual behavior – the basis for preventing new HIV infections.

To prevent new HIV infections in Israel and promote a national policy and the allocation of adequate national resources for this purpose.

To operate an HIV testing program, including anonymous testing.

To protect the rights, interests, life expectancy, and quality of life of people living with HIV in Israel as a group, and in certain cases also protecting individual concerns.

To work for a supportive and accepting society for people living with HIV in Israel.

To conduct, promote, and encourage basic and clinical research on HIV/AIDS, and the factors that contribute to the spread of the disease in Israel.

The Israel AIDS Task Force runs a range of educational programs and activities, targeting different audiences in the Israeli public

According to the Ministry of Health, there are over 6,000 ?  registered HIV/AIDS patients in Israel, about a quarter of whom are under the age of 24. Nonetheless, based on past experience, the Israel AIDS Task Force estimates the number is much higher, since many people living with the virus are afraid to get tested and therefore are unaware of their status.

The importance of prevention activities in the field of AIDS

Educational outreach for teenagers about responsible sexual behavior. This is extremely important because these are our children, our country’s future generation.

HIV can effect anyone, regardless of age, sexual orientation, ethnicity, color, sex, and so on.

Prevention = investment. The lifetime cost of treating a person living with HIV is over one million dollars for medications, treatments, and hospitalizations. Consider how much the state could save by investing wisely in prevention; this is a critical and central issue, literally life and death.

It is extremely important to provide responsible, accurate, and up-to-date information about HIV/AIDS in order to de-stigmatize the disease.

The Israel AIDS Task Force has come a long way since its founding, and has expanded both its prevention and educational outreach and its support activities. The Task Force employs a small staff, while most of its activity is volunteer-driven. Some 150 volunteers are currently active on the Task Force.

The paid staff handles the administrative and organizational aspects of the Task Force, including: volunteer selection, recruitment, and training; management and operation of the different programs; fundraising and advocacy; and professional contact with official and voluntary institutions and professionals who assist the Task Force in Israel and abroad. The association’s board of directors includes professionals and people living with HIV.

In addition to being the only support organization for HIV-positive people, the Task Force sees its mission as working to change government policy and public attitudes. On the institutional-governmental level, the Task Force works to devise an enlightened, farsighted, compassionate, and judicious national policy, to improve medical care for HIV/AIDS patients, and defend their constitutional and legal human and civil rights. On the societal level, we work to improve the treatment of HIV-positive people and social attitudes towards them, reduce stigma, and combat ignorance and alienation.

Among our activities include: public campaigns to encourage testing; educational workshops for youth in general, and at-risk youth in particular; an educational outreach arm for the LGBT community (“Bela Doeget”); an information and support hotline, online forums, and the most comprehensive Hebrew-language website of its kind; awareness-raising projects in the Ethiopian community, in close collaboration with young people and opinion leaders in this sector; representing HIV/AIDS patients in Israel towards government authorities and the healthcare system; distributing life-saving drugs  to migrant workers; and operating a psycho-social support program for patients and their families.

The information and support hotline

The Board of Directors

Boaz Ephraim Chair of the Board of the Israel AIDS Task Force for over half a decade, and at the same time a member of the organization’s professional team, serving as volunteer coordinator. When he joined the Task Force, Boaz served as Administrative Manager, and has stayed with the organization as a dedicated volunteer.

Noga Oron A pharmacist by trade, volunteering for almost half a decade in the Task Force’s flagship humanitarian project (drug distribution to migrant workers, asylum seekers, and victims of human trafficking). Chosen by the Board to receive, on behalf of the Task Force, the 2006 Israeli Presidential Volunteer Medal.

Dr. Einav Nof Dr. Einav Nof began volunteering at the AIDS Task Force some six years ago. In the past she managed the organization’s anonymous testing centers. As a Maccabi HMO family doctor, Dr. Nof initiated and led a program to involve family doctors in caring for people with HIV – a program that continues to this day, and in which Einav serves at the primary doctor for many patients. In addition to being a Board member, Dr. Nof also serves as the Task Force’s medical advisor.

Adv. Dror Shalev Graduated from the University of Liverpool with honors (LL.B.) in 1997, a member of the Israeli Bar since 1998. Today a founding partner at the SSC law firm (Shalev Stockholm-Cohen & Co.) in Tel Aviv. As part of the firm’s policy, Shalev participates in providing legal services to the needy, as a contribution to the community and as part of the Bar Association’s pro bono project. Active on the AIDS Task Force since 2010, both as a board member and on Task Force projects in a variety of different areas, including occasional legal advice on legal matters that come before the Task Force.

Michal Ravid A lawyer by trade, with an MA in International Relations. Highly experienced in fundraising and producing benefit events for non-profits. For the last four years she has been helping the Task Force raise funds from the global MAC foundation, and sponsoring different Task Force events. Manages the Pink Illumination project in collaboration with the Israel Cancer Association, to raise awareness for early detection of breast cancer, and also helps raise funds for nonprofit Aviv for Holocaust Survivors.